The marina is closed until further notice. 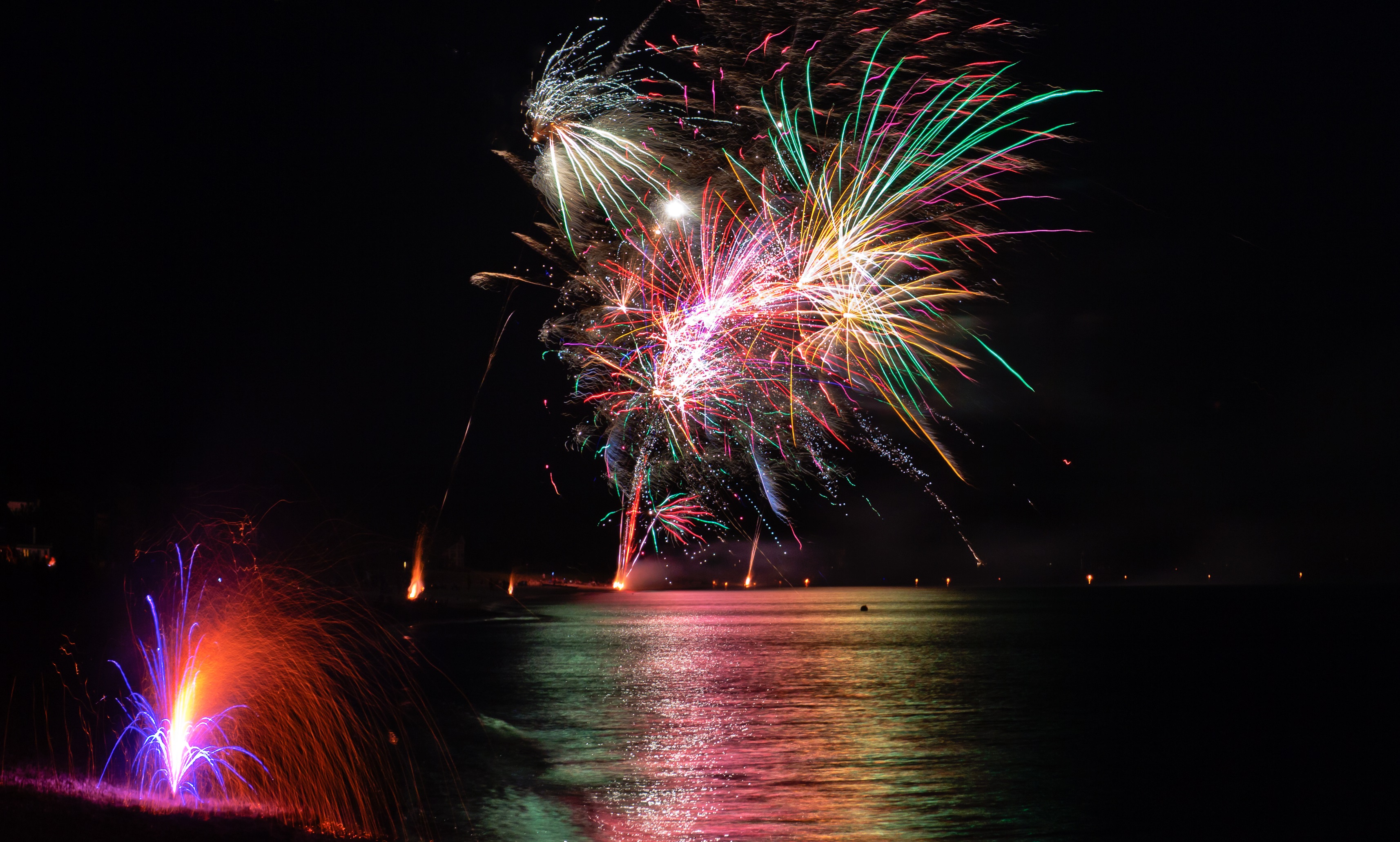 It’s no secret that a great 4th of July involves fireworks, hot dogs, hamburgers and patriotic music. The secret to a great Independence Day though is adding the following Sanibel Island Fourth of July events to your itinerary:

Where Can I See Fireworks in Sanibel Island?

Did you know the best place to see Sanibel Island fireworks is from the Sanibel Causeway? From here, you have a great view of fireworks displays.

Fireworks Viewing Tip: The best views of the city’s fireworks display is from the Sanibel Causeway Islands and the bayside of Sanibel Island.

Do Beaches Close at Night in Florida?

While the beaches are closed at night and follow city and town ordinance restrictions for beach operating hours, there is typically leniency on a holiday like the Fourth of July.

Fireworks Viewing Tip: You can head to the beaches early in the day to reserve your ultimate viewing spot for the fireworks that happen in the evening.

Sanibel Island is open for business and especially open for the 4th of July festivities for residents and visitors. It’s a great time to come visit, enjoy the celebrations on the beach and rent a boat to get out on the water today.

Is Sanibel Island Crowded in July?

July is not considered the busiest time of the year for Sanibel Island. The season, meaning the time that many northern residents fly down for the winter, typically runs from late November through April. June, July and August are considered out of season months but vacation rentals become popular around holidays like the Fourth of July.

You should always be careful and do your homework on the 4th of July weekend to make sure the Sanibel beaches and the parking is available before you plan your day. Some beach areas or beach parking is restricted or closed during a holiday weekend. Beach parking lots also typically hit capacity early in the day.

4th of July Beach Parking Tip: Get to the beach early on the 4th of July to claim a spot on the beach and hold onto it all day so you can see the fireworks at night! 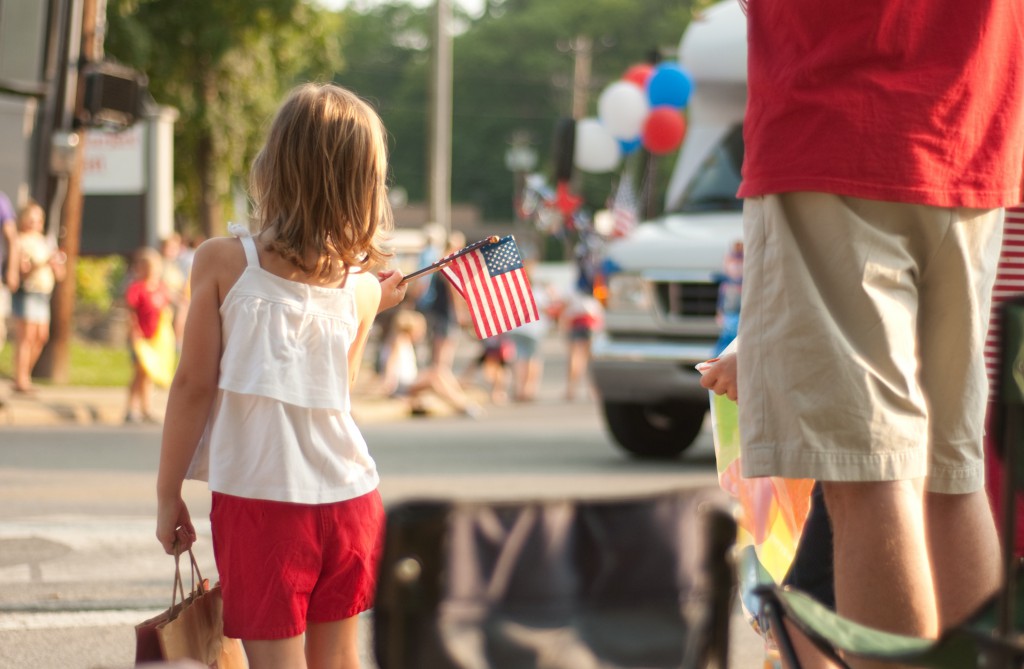 The Sanibel Island Independence Day Parade is adorned with a red, white and blue tribute.

Celebrate the birth of our nation with an old-fashioned parade! The Sanibel Island Independence Day Parade starts at 9:30 a.m. at Bailey’s Grocery Store at the corner of Tarpon Bay Road and travels down Periwinkle Way to Casa Ybel Road.

What’s more exciting than seeing fireworks explode into the sky from your spot on a boat? That’s what’s in store for you with the Fourth of July Fireworks Cruise on Sanibel Island. Adventures in Paradise is offering three boat cruises on the San Carlos Bay that offer a great opportunity to watch the sunset and a dolphin searching adventure before the night sky is lit up with fireworks.

There’s nothing like traveling on a boat and listening to tropical music while watching a sunset and waiting for the sky to fall dark and the fireworks to rise. Seeing the fireworks reflect off the water is an amazing site to behold. 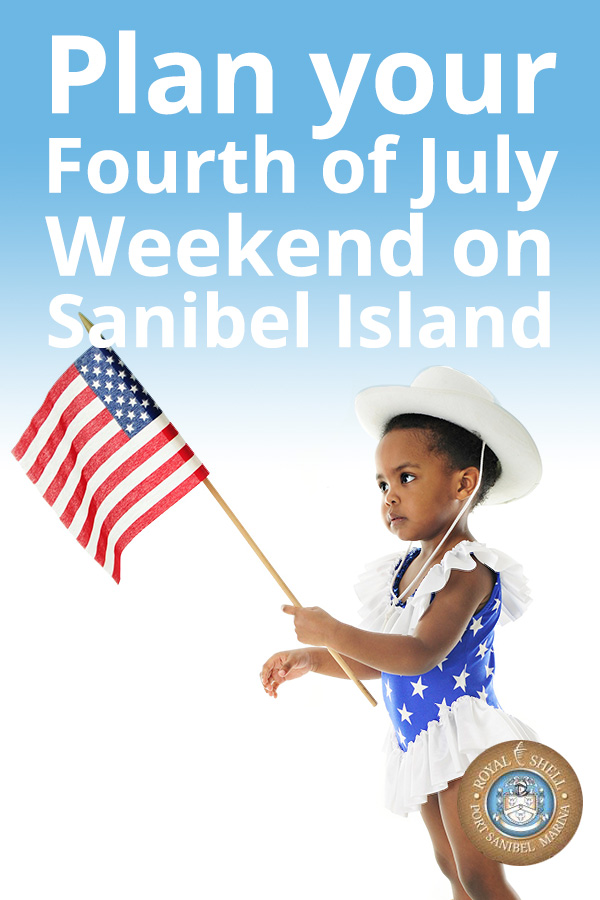 Plan your Fourth of July weekend on Sanibel Island.

The city of Sanibel always sponsors the Sanibel Independence Day Fireworks Celebration, which will be launched rain or shine at 9 p.m. July 4 from the north end of Bailey Road.

The bay side of Sanibel Island, including along the Sanibel Causeway Islands, is the best spot to view the fireworks.

Plan Your Fourth of July Boating and Fishing Adventure

Now that you have your Sanibel Island Fourth of July event calendar planned to celebrate the birthday of the United States, it’s time to rent a boat or book a fishing charter at Port Sanibel Marina.

Port Sanibel also offers dry boat storage and wet slips and a variety of fishing charters to choose from while you are on vacation.

Looking for a place to stay for the Fourth of July weekend? Book a fully furnished condo at Royal Shell Vacation Rentals. Call us at (239) 437-1660 to plan your Fourth of July trip today!