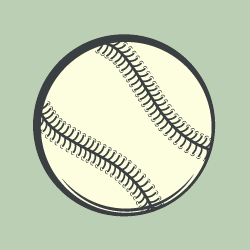 Here in Lee County, Florida, baseball is a huge part of our community. During this time of year, several major league and minor league teams train in the area including the Minnesota Twins, the Ft. Myers Miracle, and the Boston Red Sox. In addition, Ft. Myers is home to many amateur and competitive baseball/softball tournaments such as the Gene Cusic Collegiate Classic® in February and March.

Hammond Stadium is named in honor of retired Lee County Deputy Administrator, William H. Hammond, Jr., who was instrumental in attracting the Twins to Lee County from their previous Spring Training home in Orlando. Known as “Mr.Baseball”, Hammond also made sure that all the fields in the county were lit so that people could use the facilities. Hammond had a passion for the game of baseball and even played in the minor leagues for the Appleton Papermakers in 1951 and the Welch Miners in 1652.

The namesake for Hammond Stadium is the father of Bill Hammond, one of the charter captains at Port Sanibel Marina. – Tweet This!

In addition to Spring Training, another popular athletic event going on now in our community is the Gene Cusic Collegiate Classic®. This is an annual baseball and softball tournament established by Gene Cusic over 20 years ago. Every year, the event begins at the end of February and continues through March, offering men’s and women’s NCAA and NAIA baseball and softball teams the ability to participate in regular season games during their “Spring Breaks”.

If you’re a ball player or simply a fan of the game, we may see you around town over the next few weeks. After the game, let your day conclude at Port Sanibel Marina (only 15 minutes away from Hammond Stadium) with a relaxing dinner at the Lighthouse Waterfront Restaurant. Afterwards, you can rent a boat and take it out on the water to watch the sunset. You can even book a fishing charter with Captain Bill Hammond (William H. Hammond’s son) and get the inside scoop on his father’s impact on baseball in our community.